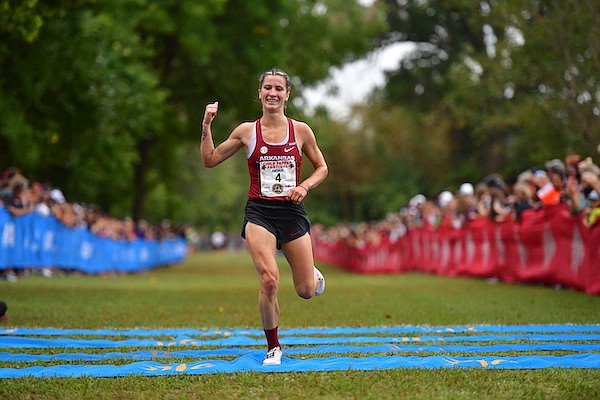 The Razorbacks, who were not favored to win the meet due to injuries, finished with 68 points to beat second-place Ole Miss (83).

Alabama had four of the top 11 finishers, including individual champion Mercy Chelangat, but was third in the team standings with 91 points. The Crimson Tide’s fifth scorer finished 64th overall.

Chelengat, the reigning NCAA champion, pulled away from Auburn’s Joyce Kimeli in the final 1K. Chelngat finished in 19:55.2. Kimeli was second in 20:04.1.

The Razorbacks won their 22nd SEC cross country championship since joining the SEC in 1991. Lance Harter has been Arkansas’ coach for all of the Razorbacks’ SEC titles.