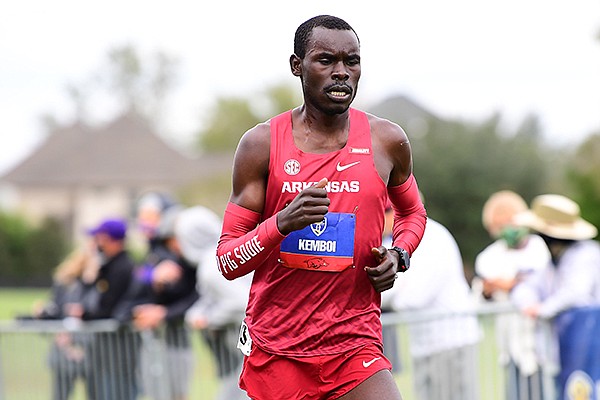 The sixth-ranked Razorbacks won the SEC championship for the second consecutive season. Arkansas has won 27 of 31 meets since joining the SEC in 1991, and 44 of the last 48 dating to its time in the Southwest Conference.

Alabama’s Eliud Kipsang pulled away over the final 2,000 meters of the 8K race to claim the individual championship in 23:33.5. Ole Miss’ Mario Garcia Romo finished third in 23:38.2 after winning the individual title last year, and Alabama freshman Victor Kiprop was fourth in 23:43.8.

Gilbert Boit and Ryan Murphy finished 17th and 18th in non-scoring positions for the Razorbacks. The race was run in damp conditions. It was 48 degrees with a wind chill of 38 degrees at the start.

The cross country title was the 10th for 14th-year Arkansas coach Chris Bucknam. Bucknam won a conference championship for the 25th time in the three sports he coaches — indoor and outdoor track and field, and cross country.

CORRECTION: An earlier version of this story incorrectly listed the total number and number of SWC championships won by the Razorbacks. It has been corrected.