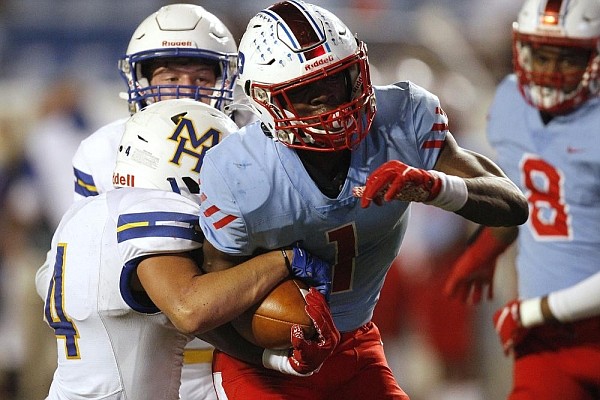 Although not one normally known for bold or hot takes, I nevertheless have one for this weekend.

Saturday’s Arkansas-Texas game could be the biggest factor for Razorback recruiting in a long time.

Don’t get me wrong – it’s not because Texas is the opponent. It could be Alabama, Auburn, Georgia, LSU or Oklahoma.

But fans are back at college football games and the passion, spirit and pageantry are back on full display after a year of watching from the living room.

The fact that a full Reynolds Razorback Stadium, one expected to have as spirited a crowd in Fayetteville as there has been since maybe the 1999 Arkansas-Tennessee game, will be broadcast nationally to future recruits has to be a blessing for all sports programs.

Not to mention that every sport on campus, not just football, is using the weekend to bring in big-time recruits.

Obviously winning the game is and always will be the most important factor in advancing the rebirth of the program second-year head coach Sam Pittman and his staff are attempting to bring about in Fayetteville.

But to have had Paul Finebaum’s TV show live Friday, the Marty and McGee show and the SEC Game Day crew of Laura Rutledge, Tim Tebow, Roman Harper, Jordan Rogers and Finebaum on hand early Saturday and the game sent out nationally late could move the needle anyway.

“It’s exciting and really is what college football is all about,” Arkansas head coach Sam Pittman said Wednesday. “…It’s standing room only Saturday night and we haven’t had that around here in a long time. I think our kids understand it. I really do.”

“When you’re out there on third down and there are 75,000 people screaming, it’s really hard for an offense to convert and make plays.”

Arkansas has 17 commits in its 2022 class, one that is rated 21st nationally by 247 Sports composite rankings, which also include the opinions of ESPN and Rivals.

That’s ranked seventh among the 14 teams in the SEC with Arkansas hoping to add defensive back Anthony Brown (6-2, 190) of Milan, Tenn., an unofficial visitor this weekend, when he announces on Sept. 14.

The Razorbacks are expecting to host some 40-50 visitors, including a pair of official visitors in the Arkansas-pledged duo of Ellensworth (Ga.) Cedar Grove tailback Rashod Dubinion (5-11, 190) and Duncan (S.C.) Byrnes offensive lineman Eli Henderson (6-5, 300).

I checked in via text with several Arkansas commits this week to get a feel for their excitement level about the game.

• Little Rock Parkview tailback James Jointer (6-1, 210): “I think the atmosphere will be electric and I wouldn’t be surprised if I got one of our targets to commit this weekend while I’m down there.”

• Fayetteville linebacker Mani Powell (6-3, 230): “I feel like it will be like no other college game and the energy is going to be high and great.”

• Shiloh Christian linebacker Kaden Henley (6-2, 227): “I’ll be there and I was there last week against Rice and thought the atmosphere was electric. So I can’t imagine what it is going to be like this week.”

• Greenland defensive end JJ Hollingsworth (6-4, 250) : “I’ve been waiting for this game all summer. I know the fans will have the stadium shaking, and I’m ready to be right there next to them cheering those guys on.”

• Clarendon tight end Dax Courtney (6-6, 212): “I’m expecting close to 100 thousand people on their feet calling the Hogs and I don’t think anyone can describe how they’d feel about that.”

• Duncan (S.C.) Byrnes offensive lineman Eli Henderson (6-5, 300): “It’s gonna be electric, after all this time I finally get to see Fayetteville rocking… I’m beyond excited.”

• Maumelle defensive lineman Nico Davillier (6-5, 275): “I know it will be one of the best things I have experienced, so I am just expecting a great atmosphere.”

• Cambidge, Wisc., deep snapper Eli Stein (6-3, 215): “I will be at the game on Saturday. I’m expecting and hoping it will be crazy. From what I have seen so far, Arkansas fans are the real deal so I’m expecting to have a lot of fun.”