Dubinion gets rush from Arkansas' rout of Texas 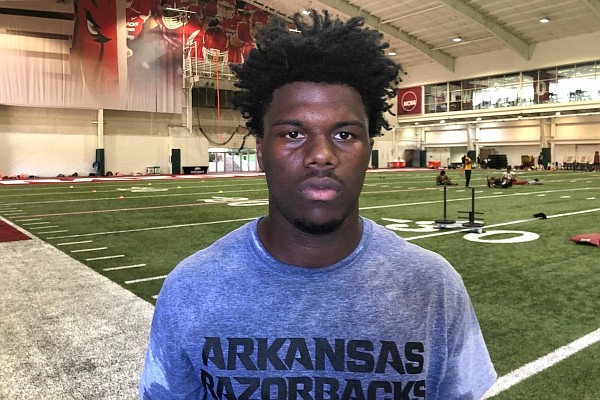 It should come as no surprise that Arkansas tailback commit and Georgia prep star Rashod Dubinion (5-10, 190, 4.3) liked what he saw in the Razorbacks’ 40-21 win over visiting No. 15 Texas on Saturday.

Dubinion got an in-person look as the home team rushed 47 times for 333 yards – averaging 7.1 per carry – while routing the Longhorns before a passionate sellout crowd of 74,501 fans at Reynolds Razorback Stadium.

“Best decision I have ever made,” the Ellensworth (Ga.) Cedar Grov standout said of his decision to pledge to Razorbacks on Feb. 13, 2020. “This was probably the best time to take my official visit. It was a really good game.”

The official visit fit perfectly for Dubinion, whose Saints (1-1) had an open date this weekend.

Dubinon, one of four Razorback official grid visitors this weekend, committed after a virtual visit on Jan. 30 and got a look at the campus in June.

But Saturday’s chance to take in the atmosphere at Arkansas was impressive.

"It was a good culture,” Dubinon said. “Very family oriented. Everybody seemed to love each other. It seemed like a real brotherhood here."

The speedster has run 33 times for 277 yards and four touchdowns this season, including 27 carries and a trio of scores in his team’s 28-19 loss to Colquitt County in his last game.