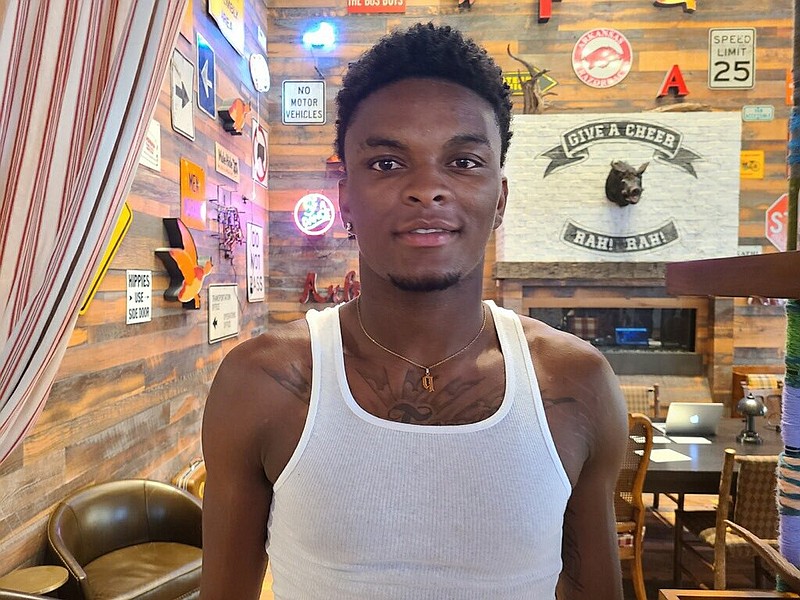 Arkansas commit Quincey McAdoo might be watching more college football after attending the Texas game during his official visit.

“I don’t even watch college football but now I’ve got to start watching,” McAdoo said of his first college game to attend. “Never seen anything like it. What was it, 74,000 people? I’ve never seen that in my life.”

“The Hogs came out to play, you know it was no doubt,” he said. “It definitely — well it didn’t surprise me, but it feels even better to be a Hog now. To see what Coach Sam Pittman is doing with them Hogs, it’s apparent. It’s very apparent.”

As a junior, McAdoo, an ESPN 3-star recruit, did it all for the Lions. He had 53 carries for 548 yards and 5 touchdowns, and 26 receptions for 458 yards and 8 touchdowns playing running back and receiver.

He also had 76 tackles, 2 tackles for loss, 2 forced fumbles, 1 recovered fumble, 4 pass breakups and 5 interceptions, including an interception returned for a touchdown while playing defensive back.

The highlight of the trip was talking to Pittman and current Hogs.

“Most definitely meeting some of the Razorbacks that are already on the team,” McAdoo said. “Talking with Coach Sam Pittman."

“I feel like he’s doing his thing and I’m glad I gave him a chance to recruit me,” he said.