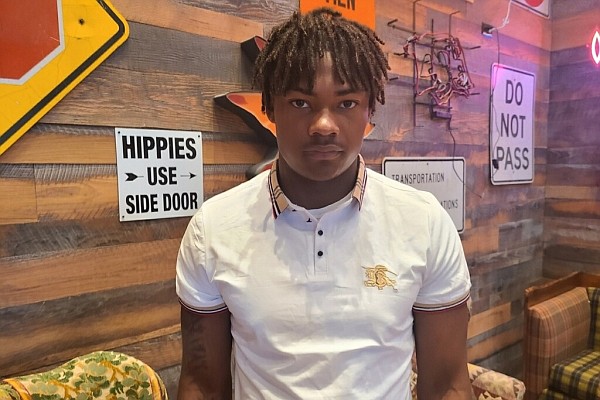 Highly recruited defensive back Anthony Brown has committed to Arkansas.

Brown, 6-2, 190 pounds, of Milan, Tenn., accumulated offers from schools such as Alabama, Tennessee, Oregon, Michigan State, Virginia, Duke and others.

He made an unofficial visit to Fayetteville for Saturday's game against Texas.

Razorbacks cornerbacks coach Sam Carter is a big reason for his pledge.

“Coach Carter and I are real close,” Brown said in an earlier interview. “That’s my guy. He’s real cool. He checks up on me every day and sends verses in the morning. We’re real close.”

He also had 64 tackles, 9 pass breakups, 8 tackles for loss, 1 sack, 2 interceptions and 3 forced fumbles. Brown is appreciative of Carter’s honesty.

“He keeps it real with you,” said Brown, who made an official visit to Fayetteville in June. “He’ll tell you what he wants out of you and what he’s going to do with you once you get to Arkansas. He doesn’t care about stars. He just wants somebody that’s going to come in and play.”

“He’s got tremendous potential and will be a big-time defensive player at the next level,” Diffee said. “He’ll come down and lay the lumber.”