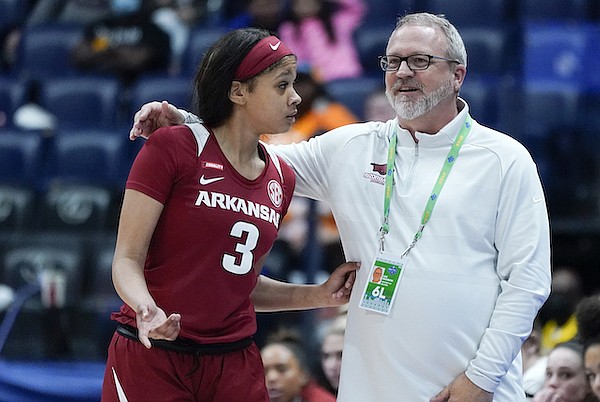 The 6-0 redshirt freshman, who missed all of last season because of a knee injury, played in 28 games, starting two, this season. She averaged 3.5 points, 1.3 rebounds and 14 minutes per game.

Eaton scored in double figures three times, including a season-high 15 against Arkansas-Pine Bluff. She was rated as a 5-star recruit, the No. 9 guard and No. 41 in the nation overall by ESPN when she committed to Arkansas.

Eaton earned All Arkansas Preps Player of the Year and Female Athlete of the Year as a senior at Nettleton High School.

Eaton joins 6-3 junior Destinee Oberg as Razorback women's players who have entered the portal following a year where Arkansas played in its second straight NCAA Tournament. Arkansas finished the season 18-15, losing in the opening round of the NCAA Tournament to Utah.

It was the first time the Razorbacks went to the tournament in back-to-back years since 2002-03.