Hampton on official visit to Arkansas 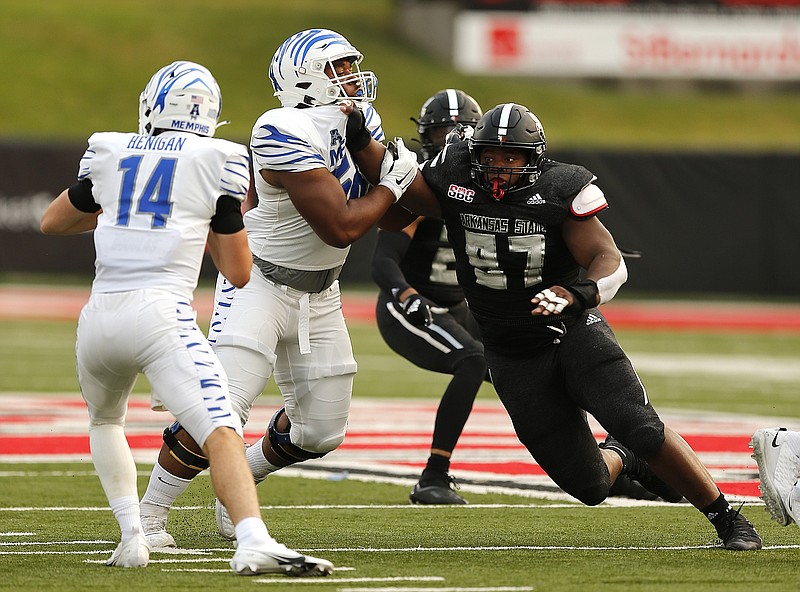 He arrived in Fayetteville on Friday.

Hampton, 6-0, 293 pounds, played in six games after suffering a season-ending knee injury. He recorded 11 tackles and 2.5 tackles for loss.

He has one year of eligibility remaining. The Razorbacks have also extended an offer to Nebraska transfer defensive lineman Casey Rogers.

Hampton signed with the Red Wolves out of El Dorado in 2018.

Arkansas coach Sam Pittman said the Razorbacks hope to add two defensive tackles and a receiver from the transfer portal.