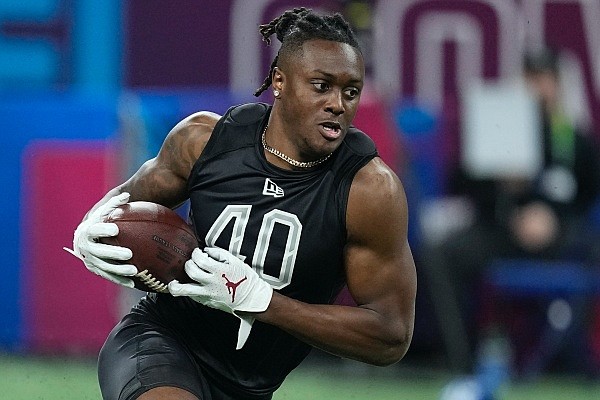 Former Arkansas receiver Mike Woods was drafted by the Cleveland Browns on Saturday.

Woods, a Magnolia, Texas, native who transferred to Oklahoma following the Razorbacks’ 2021 spring game, was taken with the 202nd overall pick in the sixth round.

Woods played three seasons at Arkansas and had career highs in receiving yards and touchdown catches in 2020. He caught 65 passes for 1,042 yards and 9 touchdowns with the Razorbacks.

A 3-star receiver in Arkansas’ 2018 class who caught 41 touchdown passes in high school, Woods signed with the Razorbacks over scholarship offers from Washington State, Colorado State, Vanderbilt, SMU and other programs.

As a high school senior, Woods flipped his commitment from SMU to Arkansas within a week of when Arkansas hired Chad Morris in December 2017.