Beverley back in LA with Lakers 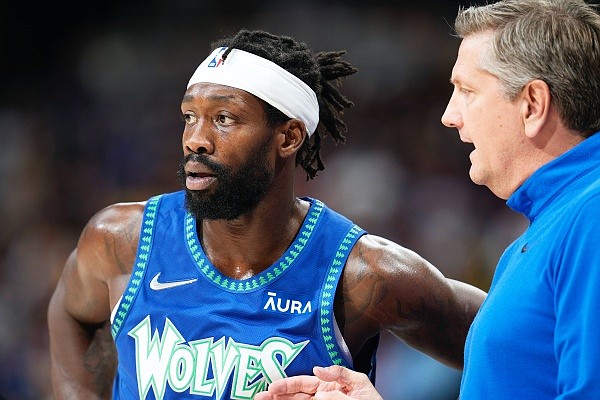 A fan favorite when he played for the Clippers, Beverley was acquired from the Utah Jazz on Thursday in exchange for guard Talen Horton-Tucker and forward Stanley Johnson.

"Woke up a Laker!!! Its On!!!" Beverley wrote in a Tweet that included purple and gold heart emojis.

He averaged 9.2 points, 4.1 rebounds and 4.6 assists for Minnesota last season while starting 54 of 58 games and helping the Timberwolves make the playoffs. He ended up in Utah as part of a multi-player deal when the Jazz sent Rudy Gobert to Minnesota in early July.

"We are thrilled to add Patrick Beverley's toughness and competitive spirit to our team," general manager Rob Pelinka said. "We're confident that Patrick's '3-and-D' style will fit in nicely with the other pieces of our roster and align perfectly with Coach (Darvin) Ham's philosophy of hard work and smart play."

The 34-year-old guard from Chicago is known for his ferocious defense that makes him popular with home crowds and a thorn to opposing players. The three-time NBA All-Defensive team member played for the Clippers from 2017-21 until he was traded to Memphis and then to the Wolves nine days later.

"I used to hate Patrick Beverley when he played against my Lakers lol but now I love him because he's on our team and he's going to help my Lakers get to the playoffs!" tweeted Lakers great Magic Johnson.

Horton-Tucker played three seasons with the Lakers, averaging 9.3 points, 2.8 rebounds and 2.6 assists in 131 games, mostly off the bench.

Johnson began last season with the South Bay Lakers of the NBA's developmental league before signing three separate 10-day contracts with the big-league club. He was signed by the Lakers for the rest of the season in late January.