Domineck says he will return for 2023 season 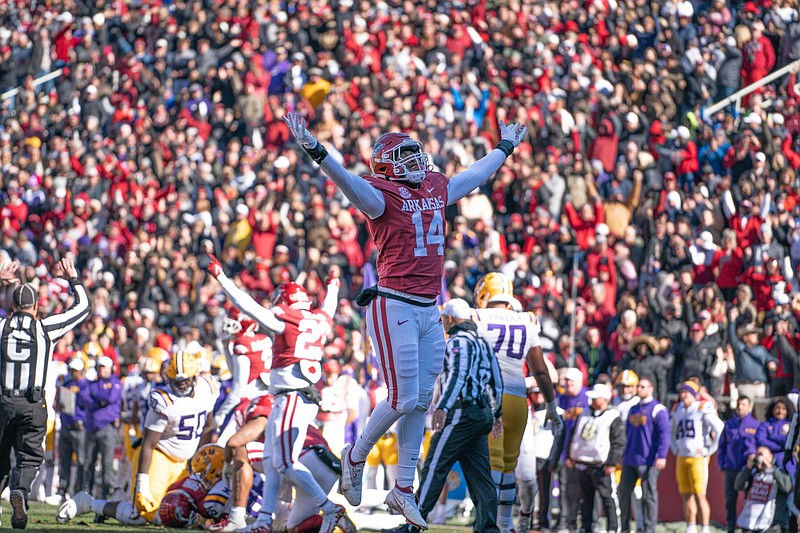 FAYETTEVILLE — A key piece of Arkansas’ defensive line will return for the 2023 season.

Jordan Domineck, a transfer from Georgia Tech who is eligible for the upcoming NFL Draft, announced in a post to his Twitter account on Thursday that he plans to come back for a second season with the Razorbacks.

The tweet included a .gif of Arnold Schwarzenegger’s famous “I’ll be back” quote from The Terminator.

His top performance of the season came in Arkansas’ 38-27 victory over Missouri State. Domineck finished with 7 tackles and 2.5 sacks against the Bears.

Domineck was also named SEC defensive lineman of the week following the Razorbacks’ 31-24 season-opening win over Cincinnati. He recorded a strip-sack and fumble recovery in the fourth quarter.

Domineck also forced a fumble in the 13-10 home loss to LSU that was recovered by Georgia defensive back transfer Latavious Brini.