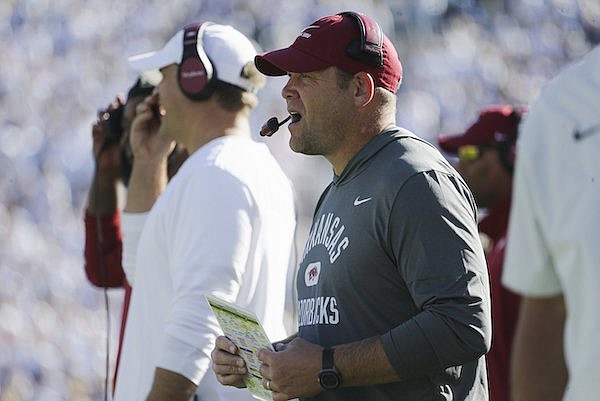 Reports from Oklahoma media members earlier this week linked Odom to the head coaching vacancy at Tulsa. But multiple reports surfaced Sunday that Odom could not come to an agreement on a contract at Tulsa.

“He had been the favorite this morning, now appears to be out,” tweeted Jonathan Huskey, a reporter for CBS affiliates in Tulsa and Oklahoma City.

During a Liberty Bowl teleconference Sunday evening, Pittman said he was sitting next to Odom while on a recruiting trip in Texas. Asked if he expected his coordinators to coach during the bowl game later this month, Pittman said, “I do, yes."

Odom was one of Pittman’s first hires at Arkansas in December 2019. Multiple schools have reportedly tried to hire Odom away during the past three offseasons.

In March, Odom received a pay raise for the third time in just more than two years with the Razorbacks. His $1.85 million salary in 2022 was the largest ever for a non-head coach at Arkansas.

The Razorbacks were plagued by injuries on defense and struggled in Odom’s third season this year. They ranked in the bottom four of the SEC in major statistical categories, including 11th in scoring (28.8 points per game) and 13th in total defense (453.3 yards per game).