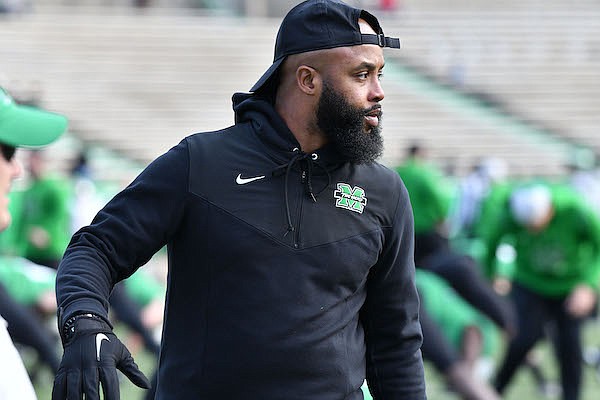 FAYETTEVILLE — The University of Arkansas formally announced the hiring of assistant coaches Deke Adams and Dominique Bowman on Wednesday.

The Razorbacks will also pay $25,000 to buy out Bowman's contract at Marshall University.

Their salaries, along with a scheduled $100,000 salary increase for tight ends coach Dowell Loggains, bring the cumulative amount owed to Arkansas’ full-time assistant coaches to a program-record $5.525 million in the upcoming year.

Adams, 50, spent the past season at Florida International and replaces Jermial Ashley, who was fired Jan. 22 following his first season with the Razorbacks. Adams, who played linebacker at Southern Miss, has coached at multiple SEC schools, most recently at Ole Miss in 2020.

Bowman, who turned 37 on Monday, replaces Sam Carter after Carter took a job at Ole Miss. Bowman coached one season at Marshall.