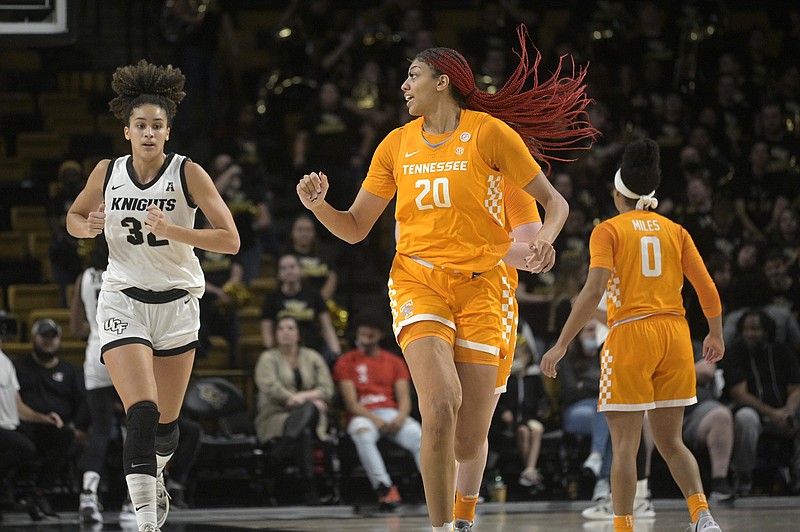 FAYETTEVILLE — The University of Arkansas women’s basketball team will face a tall challenge from No. 7 Tennessee this afternoon in Walton Arena.

The Razorbacks (10-3) finally open SEC play after having their game Thursday at Ole Miss postponed because of covid-19 issues within the Rebels program. Instead, Arkansas will be at home, but the Lady Vols (12-1, 1-0 SEC) are off to a strong start.

Tennessee had one of three league games not postponed Thursday and pulled away late to down Alabama 62-44. On the other hand, the Arkansas-Ole Miss game was one of four not played with covid-19 cases rising across the country.

Arkansas Coach Mike Neighbors said on a Zoom call Wednesday morning that senior Amber Ramirez and freshman Emrie Ellis returned to practice and were available had they played Thursday. But Erynn Barnum, the team’s leading rebounder, would be out a bit longer.

More from WholeHogSports: How to watch and listen to Arkansas vs. Tennessee

The Lady Vols have good size led by 6-6 Tamari Key, something that’s given Arkansas problems in the past. The junior has registered a triple-double already this season with 10 blocked shots in a game. Tennessee leads the country in rebound margin and field goal percentage defense.

The Lady Vols are outrebounding its opponents by a 50.5-33.7 average and holding them to 30.2% from the floor.

“That’s been our kryptonite in the past for sure,” Neighbors said. “They have a rim protector. They have long guards and that size has always given us a problem. I think they’re very confident right now. They won at Central Florida, a place that we weren’t able to win.

“They’re one of the top teams in the country in rebounding, You don’t get very many second chances and they get a lot of second chances. Getting Emrie back, getting Amber back in there even though Amber’s not tall, she tries to rebound every single time and as a result gets four or five.”

Tennessee has had its own injury issues. Guard Rae Burrell, a preseason USA Today All America pick, has been out since injuring her knee in the season opener. In addition, junior Jordan Horston, the team’s leading scorer and rebounder, missed Thursday’s game with a non-covid-19 related illness. She’s missed three games this season.

The Lady Vols outscored Alabama 24-7 in the fourth quarter after leading 38-37 after three quarters. Key registered a double-double with 13 points and 11 rebounds to go with 5 blocked shots.