How to watch Razorbacks this week 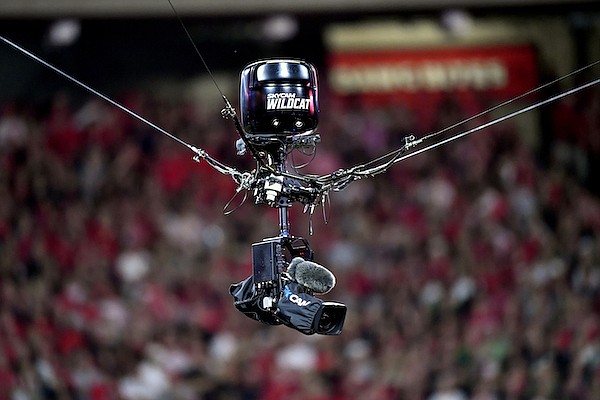 The Razorbacks will be in action twice this week, beginning with a home game against Vanderbilt (8-4) on Tuesday. The game will be televised by SEC Network beginning at 7:30 p.m.

Arkansas hits the road Saturday for a game at Texas A&M (11-2). That game is scheduled to tip off at noon on SEC Network.

Following a close home loss to No. 7 Tennessee over the weekend, Arkansas (10-4, 0-1 SEC) returns to the court Thursday with a game at Vanderbilt (9-5). The game will be televised by SEC Network.

The Razorbacks are scheduled to host upstart Missouri (12-2, 1-0 SEC) on Sunday at 2 p.m. That game will be streamed by SEC Network-Plus.

Jordyn Wieber’s third season kicks off with a home meet against Ohio State on Friday night at Barnhill Arena.

The meet begins at 7:15 p.m. and will be televised by SEC Network.

Want to catch a replay of the Razorbacks’ 24-10 win over Penn State in the Outback Bowl?

You can Tuesday at 3 a.m. on ESPNU. The game is also available on demand on the ESPN app and WatchESPN.com.

Note: All times Central and subject to change. SEC Network-Plus (also referred to as SEC Network+ or SECN+) can be accessed via WatchESPN.com or the ESPN app (carrier login required).