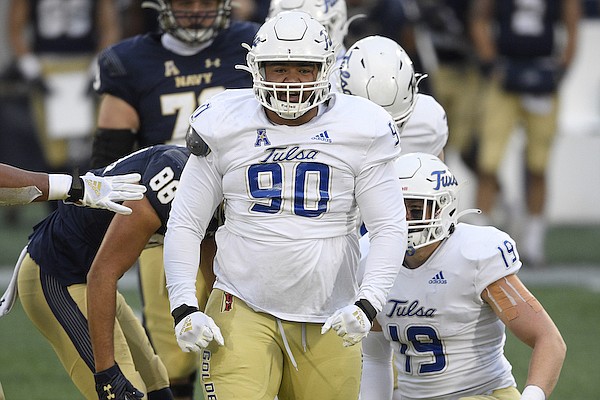 Arkansas has made the top five for Tulsa defensive tackle Jaxon Player, who entered the NCAA transfer portal last Friday.

"I love the fan base," said Player, who added he "most definitely" plans to visit Arkansas.

Player (6-0, 294 pounds) has Arkansas, Oklahoma, Oklahoma State, TCU and Baylor as his finalists. He is a graduate transfer with plans to enroll at his new school for the spring semester.

He said he likes the direction of the Arkansas program under coach Sam Pittman and is intrigued about possibly being reunited with defensive line coach Jermial Ashley, who recruited him to Tulsa. Ashley was hired by Pittman during the last offseason.

"It’s a great school with great coaches," he said. "The way Coach Pittman turned the program around is tremendous. And the possibility of being coached by my former coach Jermial Ashley would be fun."