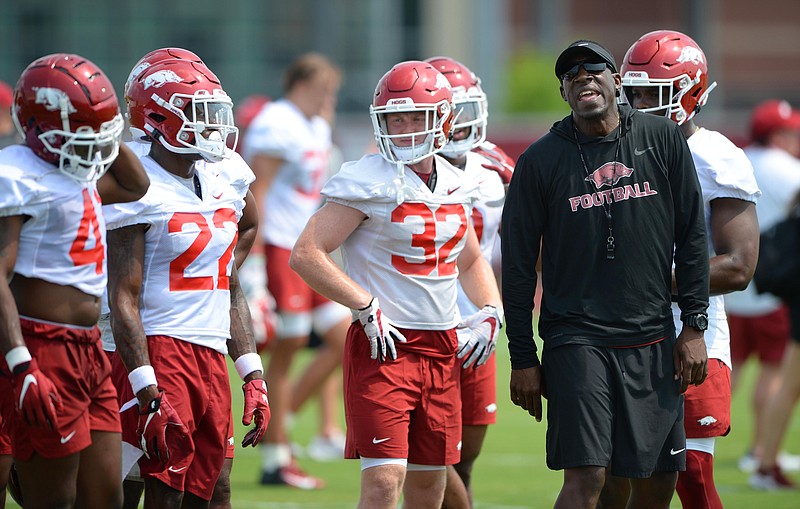 Arkansas is expected to entertain a top junior running back target for an unofficial visit on Saturday.

Trey Holly, 5-8, 180 pounds, of Famerville, (La.) Union Parish, was recently voted the Outstanding Offensive Player for Class 3A for the second time by the Louisiana Sports Writers Association after rushing 320 times for 2,815 yards and 34 touchdowns.

“I think he’s 850 yards away from breaking the all-time Louisiana rushing in any classification,” Union Parish coach Joe Spatafora said. "He’s got it all. He’s got the mindset. He’s got the self-discipline. He has the agility, ability, the strength and he’s probably one of the most humble kids you’ll ever want to meet.”

Holly has offers from Arkansas, LSU, Ole Miss, Arizona State, Auburn, Florida State, South Carolina and numerous other programs. He is excited for the upcoming visit to Fayetteville.

“I know that Arkansas has a great football program. They have been good for the last couple of years,” said Holly, who is being recruited by running backs coach Jimmy Smith. “They play very fast and physical.”

Spatafora said Holly urged him to give the ball to senior running back Ja’Quarius Donald.

“Trey would go into shotgun and be the quarterback and he would give Donald the ball just to get his stats up,” Spatafora said. “Donald ended up having 1,600 yards rushing and 24 touchdowns as well. He would always say that after a few carries, ‘Coach, give Donald the ball. Let him get his yards.’”

Holly led the Farmers to the Class 3A state title game this past season.

“He always gives credit to his offensive line,” Spatafora said. “Just a good young man to be around.”