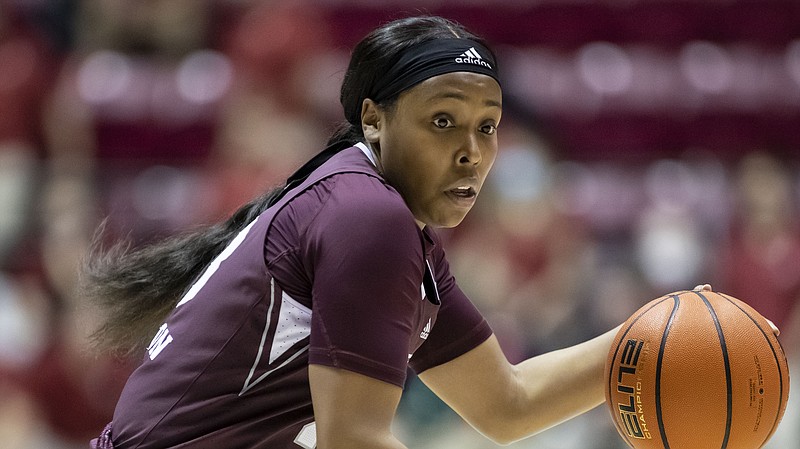 Mississippi State overcame a depleted roster to win back-to-back games last week, but its game against Kentucky scheduled for tonight has again been postponed due to covid issues within the program.

It’s the second time the Kentucky-Mississippi State game has been postponed. The two teams were supposed to play Jan. 2, but it was pushed to tonight because of covid issues within the Kentucky program.

Mississippi State (11-4, 2-1 SEC), which suited up only eight players and had only two coaches, was missing its top two scorers, yet came away with the win over Alabama. Senior guard Anastasia Hayes led all scorers with 22 points, while Myah Taylor added 14 points, 7 steals, 6 assists, and 2 blocked shots. Taylor, who tops the SEC averaging 6.1 assists per game, rolled her ankle with one minute left in the third quarter, yet came back in the fourth quarter and scored three points, had four steals and had the game-winning blocked shot to seal the win.

The Bulldogs again played shorthanded on Sunday, this time playing with two coaches and just seven players, the minimum scholarship players allowed per rules. Hayes again led the Bulldogs offensively, setting a season high in scoring with 31 points. Hayes scored 16 of her 31 in the second half. Caterrion Thompson hit a late three-pointer to tie the game at 52 and spark a 14-0 run by the Bulldogs to take the lead for good.

Hayes played all 80 minutes over the last two games, while three others played 67 minutes or more.

The Gators (11-5, 1-2) erased a 19-point second-half deficit on Sunday to knock off the then-No. 25 Aggies 97-89 in double overtime for their first win in College Station in program history.

Florida also did it two days after losing leading scorer and rebounder Lavender Briggs for the season because of a stress reaction in her leg.

“Prior to this game, we talked about who we are as a team and what we wanted to look like on the court,” Finley said. “We wanted to be all that we are: Relentless, determined, energetic and unbreakable. I feel like we showed that we are all those things and more.”

The graduate student poured in 21 points, including 3-of-3 from the three-point line, to help the Bulldogs (13-3, 2-2) erase a 21-point, first-half deficit. Alabama still led 56-50 after three quarters, but Georgia kept pushing to earn the win.

Morrison and Jenna Staiti each hit two free throws in the final minutes to secure the win.

LSU guard Khayla Pointer finished just shy of a triple-double with 24 points, 10 rebounds and 6 assists in the Tigers’ win over Auburn, but moved to No. 3 on the all-time assist list in Baton Rouge.

She moved past Erica White with 521 career assists and needs 49 to catch Pokey Chatman. All-time leader Temeka Johnson’s total of 945 is safe.

South Carolina allowed two top 25 opponents just an average of 57.0 points per game over the past week.

The Gamecocks were especially locked in with a 74-54 win over Kentucky. They held the Wildcats to 29.6% shooting and held reigning SEC Player of the Year Rhyne Howard to nine points on 2-of-14 shooting.

South Carolina’s Aliyah Boston helped the Gamecocks to a pair of big wins against ranked opponents to earn SEC Player of the Week honors. She scored 9 points, grabbed 7 rebounds and blocked 2 shots in the fourth quarter in her team’s win over LSU. Boston scored 10 of the team’s 18 first-quarter points against Kentucky on 5-of-6 shooting and nearly completed a double-double by halftime with 10 points and eight rebounds to go with three blocks.

Mississippi State’s Denae Carter helped her team to a pair of SEC wins despite being short-handed last week to claim the league’s Freshman of the Week honor. She played 34 and 35 minutes respectively and grabbed 10 rebounds in the win over Vanderbilt. Carter’s minutes were especially huge since the Bulldogs had just seven players available against Vanderbilt and eight vs. Alabama.

Game of the Week

Rhyne Howard and the Wildcats will try to slow down the Lady Vols in the lone matchup of ranked teams in the SEC this week. Tennessee is off to a 4-0 start in the league after a 70-58 win over Ole Miss on Sunday on the strength of Jordan Horston’s double-double.

12.9 Rebounds per game averaged by Missouri’s Aijha Blackwell, which leads the SEC

13 Three-pointers made by Florida in its win over Texas A&M, which was a season-high

From top to bottom

NOTE: The NCAA instituted last season for women’s college basketball, a rating system called the NET Rankings, which took the place of the Ratings Percentage Index. An acronym for NCAA Evaluation Tool, the NET rankings take into account game results, strength of schedule, game location, scoring margin, net offensive and defensive efficiency and the quality of wins and losses.