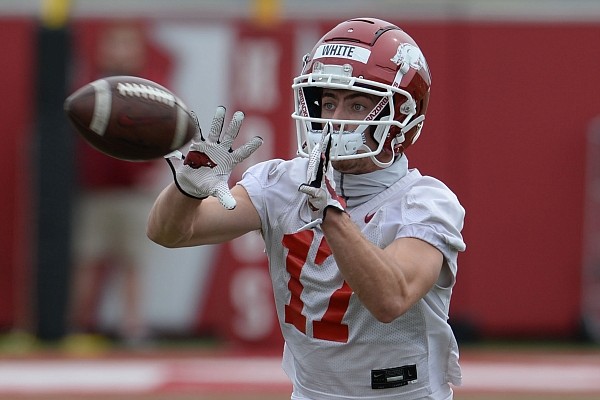 White, a Little Rock native who played in 13 games over three seasons, could have up to three seasons of eligibility remaining. White was a redshirt in 2019 when he appeared in two games, and all football players received an extra year of eligibility in 2020.

White played in four games in 2021. He caught one pass for 19 yards during the Razorbacks’ loss at Georgia, and he also appeared in games against Georgia Southern, Arkansas-Pine Bluff and Penn State.

White was a fourth-generation athlete at Arkansas. His great-grandfather Harold Rees, grandfather John Rees and uncle John Aaron Rees played football for the Razorbacks, and David White, his father, was an All-America golfer at Arkansas.