Kamani Johnson out vs. LSU 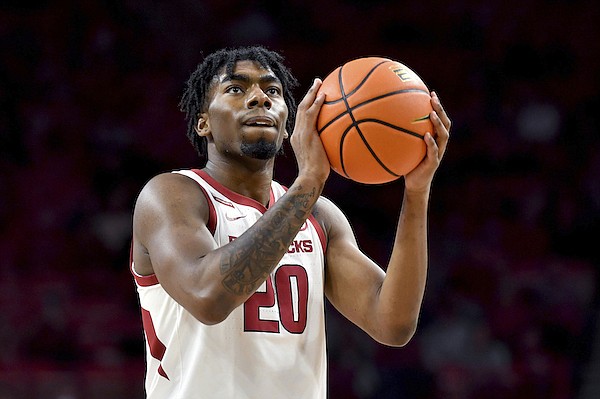 Johnson, a 6-7 transfer from Arkansas-Little Rock, was considered doubtful for the Razorbacks’ road game against LSU because of an ankle injury. He exited Wednesday’s victory over Missouri in the first half and did not return to the floor.

Arkansas radio play-by-play broadcaster Chuck Barrett said on Saturday’s pre-game show that Johnson was in a walking boot and “it does not look like we’re going to see Kamani in the ball game today.”

Johnson was also suspended for Arkansas’ league opener at Mississippi State on Dec. 29.

In three conference games, including one start, Johnson has averaged 3.7 points on 3 of 4 shooting and 5 of 8 at the free throw line and 4.3 rebounds. Despite playing only 35 minutes against SEC teams, his 5 offensive rebounds are tied for third most on the team.