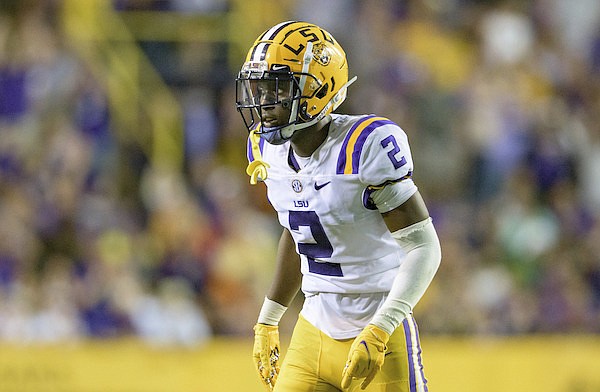 McGlothern, 6-2, 186 pounds, of Spring (Texas) Klein Oak entered the NCAA portal Tuesday. He arrived in Fayetteville around noon Saturday for an official visit.

McGlothern was a sophomore at LSU in 2021 and has three seasons of eligibility remaining.

He was an ESPN 4-star prospect in the 2020 class and picked LSU over offers from Arkansas, Florida, Michigan, Southern Cal, Alabama, Ohio State, Oklahoma and others.

McGlothern started 6 games and played in 10 in 2021, and had 32 tackles, 2 tackles for loss, 1 interception and 5 pass breakups. He returned an interception 37 yards for a touchdown during the Tigers’ win over Florida.

McGlothern is the fourth player to transfer to the Razorbacks this offseason and second from LSU, alongside defensive lineman Landon Jackson. The Razorbacks have also added transfer receiver Jadon Haselwood from Oklahoma and linebacker Drew Sanders from Alabama.