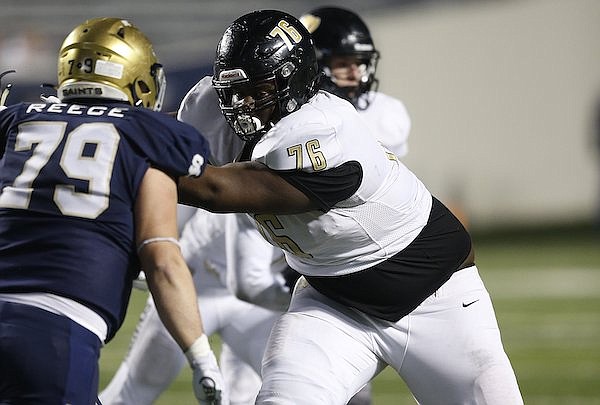 Arkansas is expected to welcome what is believed to be the largest group of mid-term enrollees in school history.

Classes begin Tuesday, but mid-term enrollees have until Jan. 24 to enroll for the spring semester.

Safety Myles Rowser has yet to sign with the Razorbacks.

Arkansas' signing class is ranked anywhere from No. 15-21 nationally, according to various recruiting services.

"I have them (with) the 16th class nationally, which is very good for Arkansas, and it’s mainly because of the in-state players,” national recruiting analyst Tom Lemming said. “It was one of those real good years where there’s a lot of good ball players.”