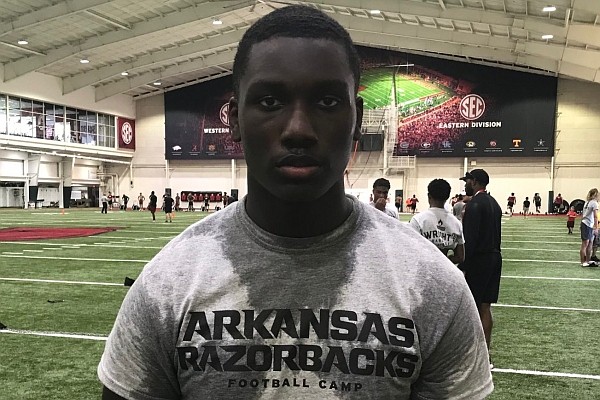 He earned his offer from Arkansas during a summer camp in Fayetteville last June.

He was recruited by linebackers coach Michael Scherer and running backs coach Jimmy Smith, who coached Cedar Grove to two state titles in 2016 and 2018.

Arkansas freshman running back Rashod Dubinion and Roussaw led Cedar Grove to the Georgia 3A state title in 2021.

Roussaw had 95 tackles, 4 interceptions and 4 recovered fumbles, including 1 scoop and score during his junior season.

"Good player and on a very good team," Lemming said. "He’s a 3-star-plus prospect who runs well and make plays. He's close to being a 4-star."

Roussaw is the eighth commitment for the 2023 class.