Diamond Hogs to play in Arlington again in future seasons 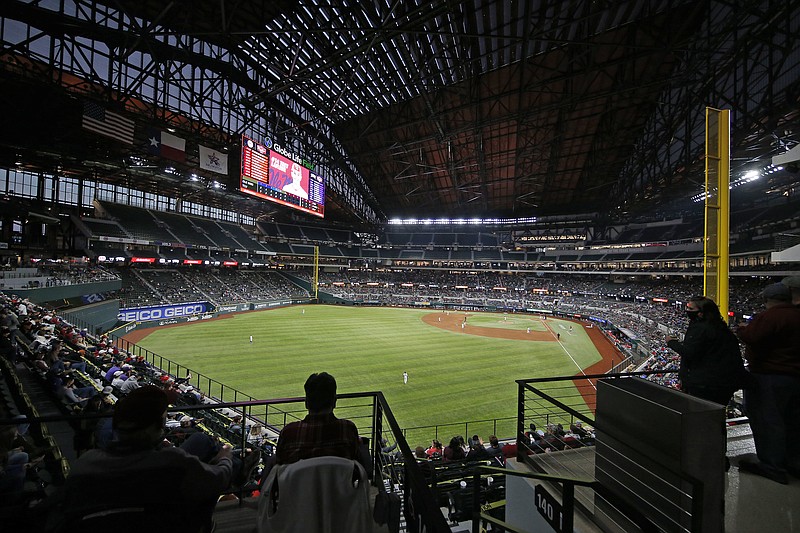 Globe Life Field is shown on Saturday, Feb. 20, 2021, during the College Baseball Showdown in Arlington, Texas.

The Razorbacks are scheduled to play in the season-opening event at the Texas Rangers’ Globe Life Field in Arlington, Texas, in 2023 and 2024.

The Oregon State matchup is the first scheduled between the programs since the Beavers beat the Razorbacks twice in three games during the championship round of the 2018 College World Series.

Arkansas played in the inaugural College Baseball Showdown last season and beat Texas Tech, Texas and TCU. The average attendance — which was limited due to covid-19 — for the three games was 16,051 at the 40,300-seat stadium that opened in 2020.

The 17,587 on hand for the Razorbacks’ 4-0 win over Texas in Arlington was tied for the largest crowd at a college baseball game during the 2021 regular season. The same attendance was announced for a game in Arlington that day between Ole Miss and Texas Tech.

“We loved it last year and obviously won three games down there,” Van Horn said during a speech to the Hawgs Illustrated Sports Club. “It’s nice and cozy inside there. Our fans showed up.

“I truly believe that if they hadn’t have had all the snow, power outages, all the problems, we would have had 25,000 to 30,000 people there. I think next year that’s probably what they will get.”

Two weeks after last year’s games, Van Horn said, organizers of the event came to Fayetteville to talk to him about playing in Arlington every season. Van Horn said he told them the Razorbacks couldn’t play there in 2022 because they were committed to play in the Round Rock (Texas) Classic, where they will have games against Indiana, Stanford and Louisiana-Lafayette on Feb. 25-27.

“I told them this year we’re going to Round Rock, but after that it might happen,” Van Horn said, “because that’s such a good trip for us.”