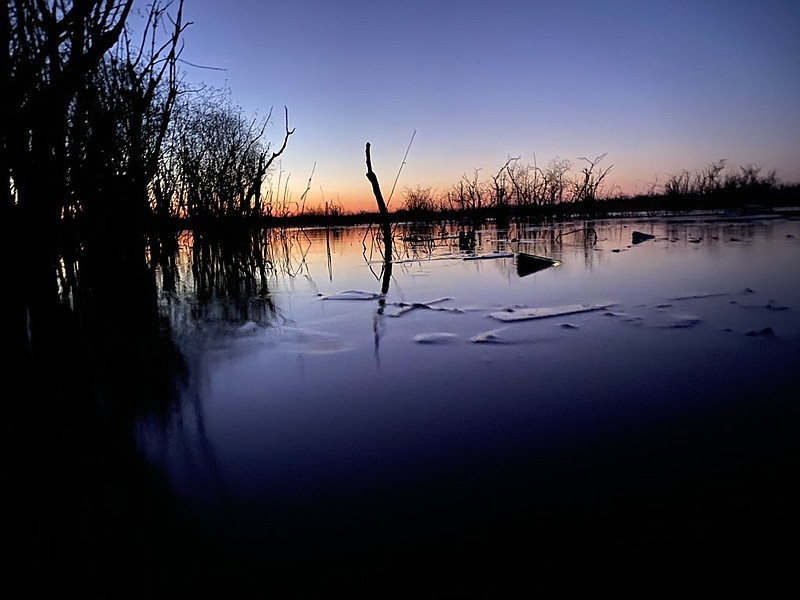 A January sunrise over Hampton’s Reservoir can take your breath away.