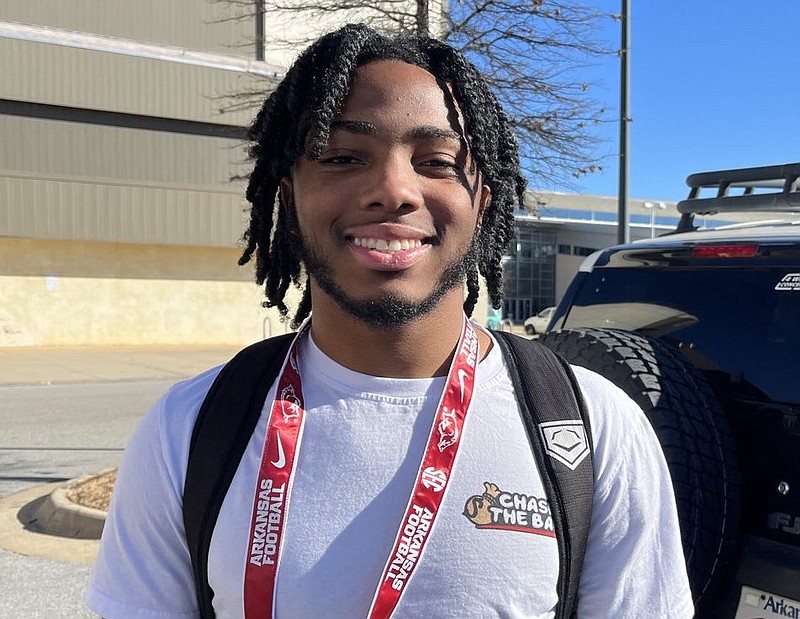 FAYETTEVILLE -- Junior linebacker Karmelo Overton plans to come back to Fayetteville again after visiting the Hogs on Saturday.

"I should be back by this summer or for a game,” Overton said. “I'm probably going to take an official up here."

"Overall, it's what you expect from an SEC school,” said Overton of Arkansas. “They care about their students a lot. The graduating seniors were 100% this year, from what coach was saying. Coach Scherer, I love him. It's an experience you can't forget. I love the environment and everything. I've got to take another trip back.”

The environment around Fayetteville is something he’s use to.

"The back home feel. I'm originally from Alabama, so anywhere with a country feel, I've always got a place in my heart for it,” he said. "I've never been hunting before but I like to fish. I heard it's a lot of fun stuff to do up here, like country stuff, so that's my type of deal.”

He participates in track and field and owns a best of 15.7 seconds in the 110-meter hurdles and 42.82 in the 300-meter hurdles. He also runs the third leg of the 400 relay. He and his teammates placed second in the Class 5A state meet with a time of 43.5 seconds.

National recruiting analyst Tom Lemming rates Overton a 4-star recruit. He and his family attended the first half of the Arkansas-West Virginia basketball game.

His connection with Scherer is strong.

"Coach Scherer, he's a good guy, can't forget him,” said Overton, who has a 3.8 grade-point average. “He's everything you'd expect in a linebackers coach. You've got to have a little psycho in you to be a linebacker."