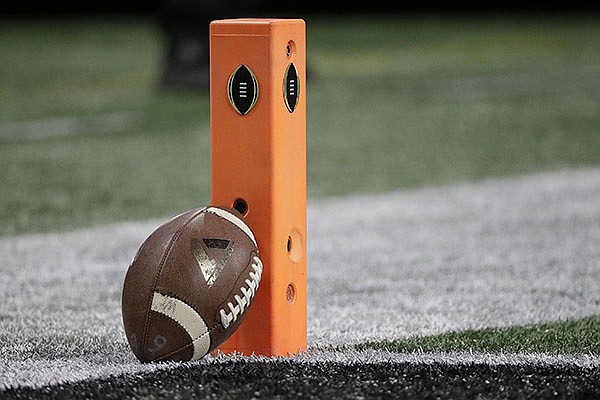 In about a year, the college athletics world has undergone drastic changes.

The NIL (Name, Image and Likeness) came to life.

Texas, Oklahoma, UCLA and Southern Cal announced that they were leaving the Big 12 and Pac-12, and the world of perspiring arts had two super conferences and three leagues searching for survival.

And all the changes are about three things: Money, money and money.

Already there are rumors that Clemson and maybe Florida State are interested in jumping to the SEC, but that’s just a rumor because if the SEC decides to add more schools, it will have its choice of those ACC schools as well as Virginia and North Carolina.

They are all big-name schools with huge fan bases and great facilities.

Some are floating Miami as a possibility for the SEC, but the Hurricanes are becoming major players in the NIL recruiting wars, and there may be some who don’t want to play against that.

More from WholeHogSports: Mani Powell excited to get green light for fall camp

The two best football teams in the ACC last season were Pittsburgh and Wake Forest, and there are no rumors about anyone being interested in adding them to their league.

The same with the 10 schools left behind in the Pac-12, including Oregon — where Nike money flows like water.

The last school from the Pac-12 to win a national championship in football was Southern Cal in 2004, and the Trojans had to vacate the title because of NCAA sanctions.

Yet, the Big Ten has the second-richest TV contract behind only the SEC.

Incidentally, UCLA was 8-4 in football last season and USC was 4-8, but they are in Los Angeles, which has millions of TVs and a population big enough to support professional and college teams.

The odds of every team in the Pac-12 and the Big 12 surviving a merger would be astronomical. A 22-team league with no real powerhouse and a scheduling nightmare.

Scheduling has been a thorn in the side of the Pac-12 because most of the country is asleep when its games come on TV, and it’s hard to get ratings from people who are sleeping.

As for the Big 12, who wants Kansas football? Basketball yes, football no.

It would seem Baylor is the most desirable school left in that league because it is competitive in football, basketball and has almost as many Baptist fans as Notre Dame does Catholics.

The guess here is no one knows exactly how this is all going to shake out.

Nor does anyone know what’s going to happen because of NIL, which wasted no time in becoming a bidding war.

What would seem the most feasible would be to have four 16-team super conferences, which would mean four teams now or scheduled to be in a power conference would be eliminated.

While the uncertainty of more expansion and the NIL are real, one thing is certain, both need strong leadership.

For years, the NCAA was the controlling power of college athletics, and for the most part was effective, but in the last few years many athletic directors and conference commissioners seemed to lose confidence in the leadership of the NCAA. When it first ignored the issue of pay for play, it ended up in the Supreme Court.

While things were growing uneasy in Indy, SEC Commissioner Greg Sankey took a firm grip on his conference, negotiated bigger and better TV contracts and added two storied programs to his team.

Sankey might not want to be the executive director of college athletes and the NIL, but he would be a good place to start.