UNDER THE RADAR: Bauxite’s Hunter Ferrell 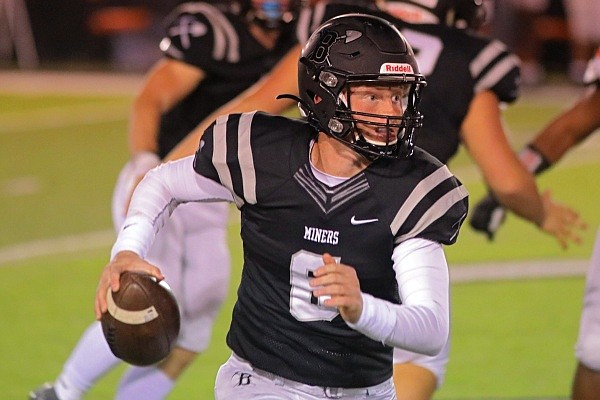 Bauxite's Hunter Ferrell scrambles during the first half of a game on Friday, Sept. 24, 2021, at Bauxite High School.

On Wednesdays we feature an in-state prospect who could be flying under the radar of college coaches. This week's UTR prospect is Bauxite’s Hunter Ferrell.

“He’s physically very strong. He’s a weight room guy. He probably benches 280 pounds, power cleans probably 250. He’s fast. His biggest strength is he has the confidence of a three-year starter and he knows all the minor details of this offense.

“He has the ability to be a coach on the field.”

“I think halfway through the year if he’s putting up numbers like we think he’s going to put up, I think there will be a lot of schools that will come calling. I think they’re waiting for this season and what it’s going to look like.”