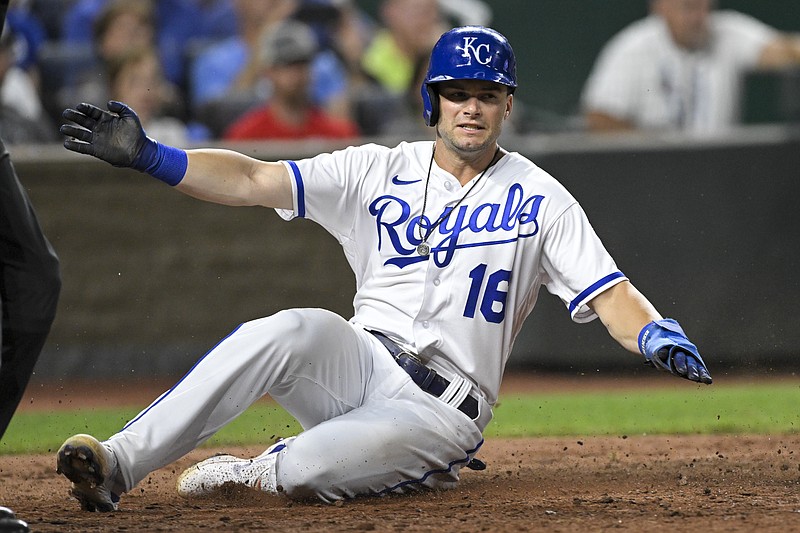 NEW YORK — The New York Yankees made the first of what could be a flurry of moves ahead of next week’s trade deadline, acquiring All-Star outfielder Andrew Benintendi from the Kansas City Royals for three minor league pitchers on Wednesday night.

Benintendi, a 28-year-old left-handed hitter, was among 10 Royals who missed a four-game series at Toronto from July 14-17 because he was not vaccinated. Benintendi lost $186,813 of the $8.5 million salary he won in an arbitration case against the Royals.

New York believes he is amenable to getting vaccinated. No Yankees missed earlier trips to Toronto this season, and the Yankees have a three-game series there from Sept. 26-28.

Benintendi is hitting .320 with three homers, 39 RBIs and a .788 OPS and won a Gold Glove in left field last season. He hasn't made an error this season.

Benintendi gives the Yankees another outfield option. Giancarlo Stanton is expected to miss at least two-to-three weeks after going on the injured list this week with left Achilles tendinitis, and Joey Gallo is hitting .161.

On Wednesday, Benintendi went 1 for 4 in Kansas City's 4-0 loss to the Angels. On Thursday night, the Royals open a series at Yankee Stadium.