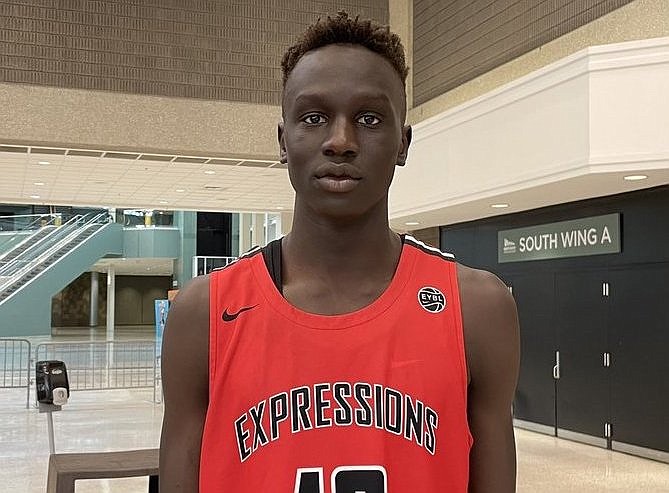 Recruiting hasn’t been a major focus for Bowen lately.

“It’s very early. I haven’t been too focused on recruiting that much and Arkansas in particular,” Bowen said. “I’m just thankful for them being involved in my recruitment.”

Arkansas Coach Eric Musselman and the Razorbacks staff have impressed Bowen with their constant contact.

“Coach Musselman texts me here and there,” Bowen said. “Their staff texts me consistently. I’ve been hearing from the staff, so that’s good. Especially from the head coach.”

Born in Egypt, Bowen moved the United States when he was 2 years old and settled in Vermont. He hopes to be the first player from the state to play in the NBA.

“He’s a good coach for sure,” said Bowen of Musselman. “His biggest thing is his NBA experience and how he’s coached in the NBA. He knows exactly what it takes to reach my goal and that’s to try and be the first player in the NBA from Vermont.”

Musselman and his staff have a combined 52 years of NBA experience, which is attractive to Bowen.

“Definitely, 52 years of experience knows exactly what it takes to get to that level,” he said.

While he said a visit to Fayetteville hasn’t been discussed, Bowen is open to making a trip to Arkansas.

“Yeah, definitely, you know what I’m saying,” Bowen said. “I just haven’t talked to them about a visit. That’s just been it really.”

ESPN also rates him the No. 9 power forward and No. 50 overall prospect in the nation.

While playing with an older brother, Bowen developed an above-average ability to handle the ball, along with an explosive first step that makes him a mismatch for other big men.

“Don’t get me wrong, I still post smaller guys and get down and bang and rebound for sure too.”

Arkansas getting back to the Elite Eight for a second consecutive year impressed Bowen.

“They’re obviously a very good team,” Bowen said. “They had a lot of good talent and good skills, good guards, JD Notae with what they were doing with him. This next year is a going to be a lot different with obviously with the recruits they’re bringing in and I can’t wait watch what they have with the versatile recruits coming in.”