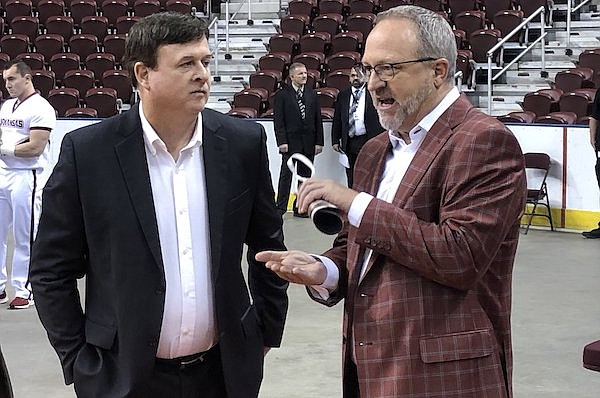 FAYETTEVILLE — Arkansas and Arkansas-Little Rock have agreed to extend their women’s basketball series by two seasons.

The Razorbacks and Trojans will play Nov. 20 in Little Rock, according to a game contract that was finalized last week. The contract was obtained through a Freedom of Information Act request.

Arkansas and UALR will also play in Fayetteville on a date to be determined during the 2023-24 season, according to the contract.

The Razorbacks have defeated the Trojans each year since Arkansas lifted a scheduling ban against in-state teams before the 2019-20 season. The Razorbacks won last season’s meeting 73-39 in Fayetteville.

UALR was 17-10 and 8-4 in Sun Belt Conference play last season. The Trojans will become a member of the Ohio Valley Conference next month.