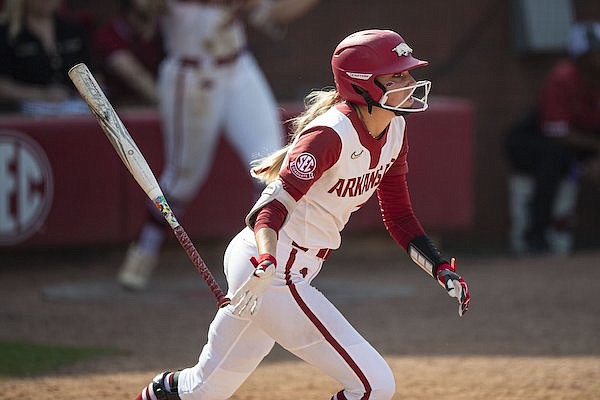 Arkansas first baseman Danielle Gibson throws her bat after recording a hit during an NCAA Tournament game against Texas on Saturday, May 28, 2022, in Fayetteville.

Arkansas and top-ranked Oklahoma led the way with five honorees each. The Razorbacks’ four first-team awards are the most by an SEC program since Tennessee had five in 2006.