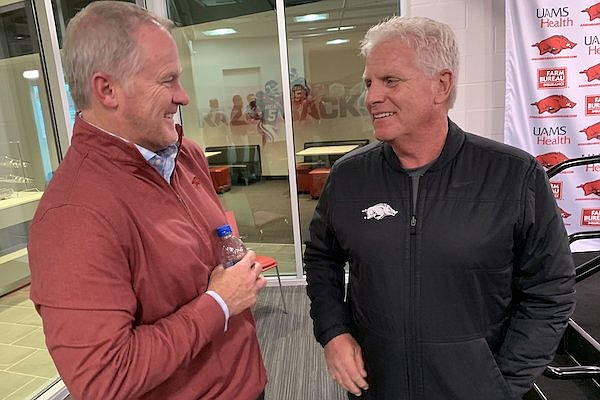 Bucknam, whose Razorbacks won the SEC Outdoor Track and Field championship, was voted the conference’s outdoor coach of the year by his peers.

Owens-Delerme, a junior who transferred to Arkansas from Michigan, was voted the SEC men’s field athlete of the year. He set a then-collegiate record with 8,528 points in the decathlon at the Mount San Antonio College Relays and also scored for the Razorbacks at the SEC meet in the 110-meter hurdles and on the 400- and and 1,600-meter relays. He also ran a leg on Arkansas’ 1,600 relay that has qualified for nationals, where he’ll compete in the decathlon.

Wilson, a sophomore transfer from Tennessee, was voted SEC women’s outdoor runner of the year. She became the first female to win the 400-meter hurdles and 400 at the SEC Championships and also anchored the Razorbacks’ 1,600-meter relay to a third-place finish.

Wilson will compete at the NCAA Championships in the 400-meter hurdles and 1,600 relay. She is the current world leader in the 400 hurdles with her 53.75 time at the SEC meet, which also broke her own Arkansas school record.