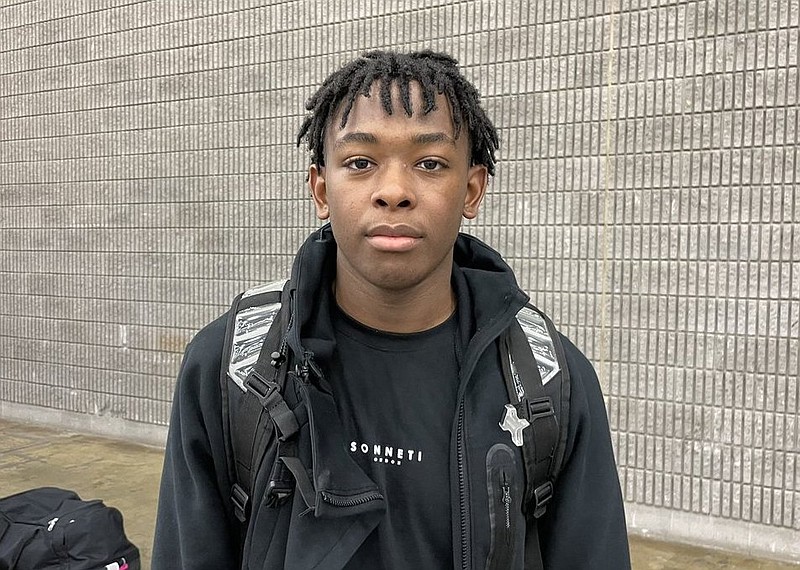 ESPN 4-star shooting guard R.J. Jones said he is hoping for an offer from the Hogs after recent communication with Arkansas coach Eric Musselman and recruiting coordinator Ronnie Brewer.

“I haven’t been offered by Arkansas yet but I’ve been talking to coach Ronnie Brewer since maybe last year and just now started talking to coach (Eric) Musselman maybe a month ago,” Jones said.

ESPN rates him the No. 10 shooting guard and the No. 38 overall prospect in the nation for the 2023 class.

He said Musselman has offered advice and encouragement in their conversations.

A standout for Houston-based JL3 Elite, Jones averaged 9.8 points, 4.5 rebounds,1.8 assists, and shot 38.6% from behind the three-point line during the Nike EYBL Louisville event over the weekend.

Jones, who’s friends with Hog signees Jordan Walsh and Anthony Black, would be excited to add an Arkansas offer.

“That would mean a lot to me,” said Jones, who has a 3.7 grade point average. “I’ve actually been waiting on an Arkansas offer for a pretty long time. It would mean a lot, especially with them having the great season they had.”

As a junior, he was named the Texas Coaches Association Basketball Player of the Year after averaging 20 points, 5 rebounds, 3 assists, and 2 steals at John Paul II High School in Plano, Texas.

“I would say I’m a combo guard that can definitely shoot the ball and have a (basketball) IQ to get my teammates going,” he said. “So I feel like the coach has a choice to either put me at the point guard or shooting guard position because I can do both.”

Jones has been invited to the prestigious Pangos All American camp in Las Vegas on June 5-7. He credits his father for his basketball IQ.

Jones has officially visited Texas A&M and California and plans to visit TCU on June 10.

“I’ve been talking to Kansas State for a visit,” he said. “Xavier and I actually just talked to Boise State and we’re setting up a date too.”

He said he would consider an official visit to Arkansas if offered.