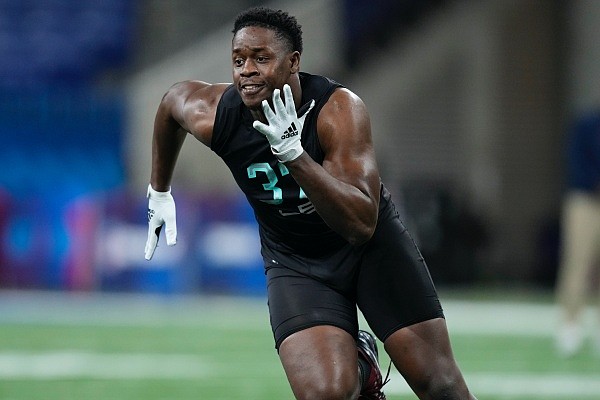 Tre Williams, an edge rusher who played at Arkansas in 2021, was carted off the field Sunday after suffering an injury during a USFL game in Birmingham, Ala.

A defensive end for the Michigan Panthers, Williams needed assistance getting to the sideline after a play in the second half. According to the Detroit Free Press, he was on the ground “for several minutes with an undisclosed injury.”

He was placed on a stretcher and transported to the University of Alabama-Birmingham medical center.

Jeff Fisher, head coach of the Panthers, told reporters Sunday afternoon that Williams was moving and he was encouraged by what he had been told about the defensive end’s condition. The team announced it had signed Williams as a free agent on May 19.

The Panthers (1-7) lost Sunday’s game to the Philadelphia Stars 46-24. Michigan has lost five consecutive games and is out of the playoff picture.

Williams, who was not selected in the 2022 NFL Draft in April, wrapped up his lone season with the Razorbacks at No. 11 on the team with 28 tackles in 12 games. He was also fifth with 6.5 tackles for loss and had a team-high 6 sacks.

According to Pro Football Focus, Williams had a team-high 36 pressures.