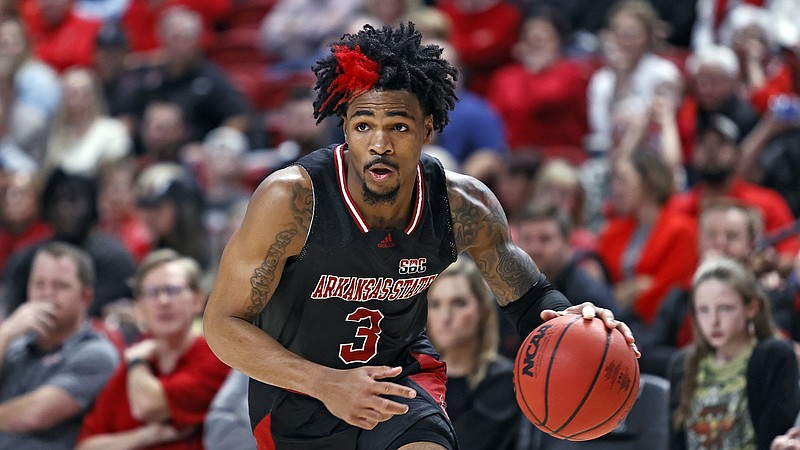 Jonesboro native Desi Sills (shown), who spent two seasons at the University of Arkansas before transferring to Arkansas State where he played this season, announced Thursday that he was re-entering the transfer portal. Sills started 27 of the 28 games at ASU this season, averaging nearly 30 minutes, 12.6 points, 3.6 rebounds per game. (AP/Brad Tollefson)

It will be Sills’ third school in as many years, having played at Arkansas State University last season following three seasons at the University of Arkansas.

Sills averaged 8.2 points in 22.8 minutes per game over his three seasons as a Razorback. Although the move to Kansas State will mark his second transfer, he will be immediately eligible having completed his undergraduate degree.