Arkansas vs. Ole Miss at the College World Series: How to watch and listen, forecast, pitching matchup, team comparisons 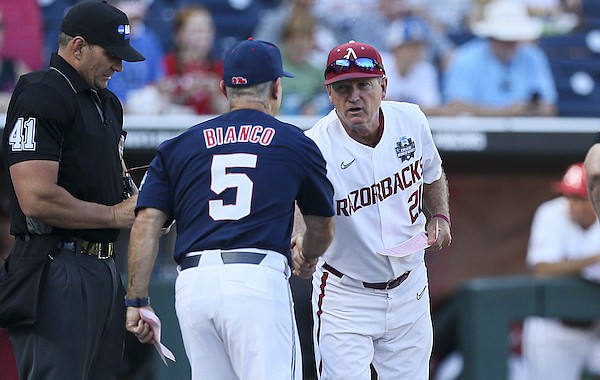 TELEVISION The game will be televised by ESPN and can be accessed on WatchESPN.com and via the ESPN app (carrier login required). Network is subject to change.

FORECAST According to the National Weather Service, Wednesday will be partly cloudy with a high of 90 degrees and a low of 66 degrees in Omaha, Neb.