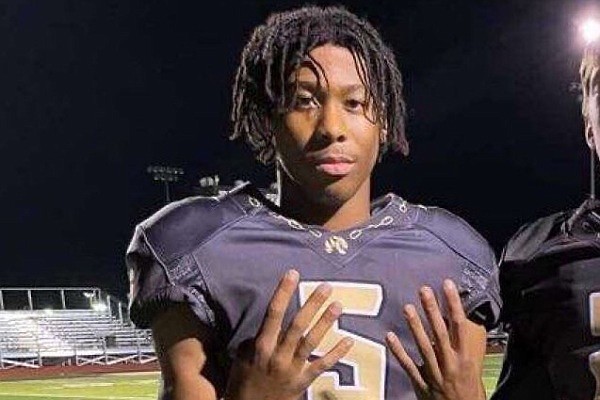 “I love it here,” Manning said. “I like the coaches and I mesh with the players well. I had a good time.”

Getting to learn more about Arkansas' offense was the highlight of the trip.

“Their offense is so explosive,” said Manning, who was hosted by freshman receiver Quincey McAdoo. “That’s going to be a big part of my decision."

Manning believes the offense is a fit for him.

“They've showed me their deep routes, their deep concepts,” he said. “Like their fades and stuff."

His mother, Roxanne Manning, who played basketball for the Razorbacks in 1994-95, and father accompanied him.

"Her friendships here were tight,” Manning said of his mother. “The school is really good and the campus is remarkable.”

Former Razorbacks receiver Treylon Burks is a good selling point for Arkansas while recruiting other receivers.

"He was a playmaker, honestly,” Manning said. “The big, explosive plays and that's why he went in the first round.”

Arkansas’ facilities usually get high marks from prospects and Manning is no different.

The Razorbacks appears to be in good shape with Manning.

"I was really impressed with the visit," Manning said. "They're definitely on a good trend, if that makes sense."

Manning has made official visits to Kansas State, Iowa State and Nebraska, and plans to visit Missouri this weekend. He gave a timeline for his college decision.

“Probably in July, because I don't want to rush it,” he said.