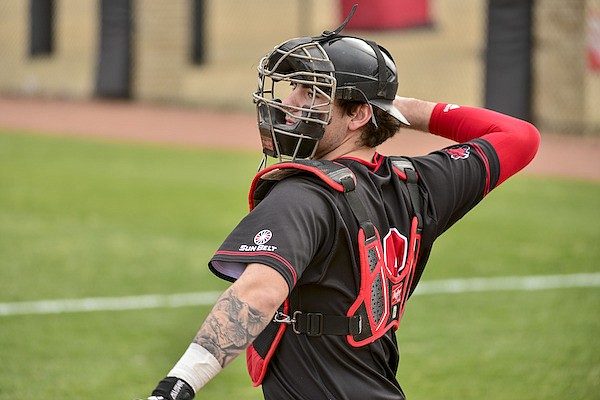 Rowland (6-3, 220 pounds) of Eastern Oklahoma State College played two seasons at Arkansas State before transferring to junior college. He received an extra year of eligibility because the 2020 season was canceled by covid-19.

He was named all-region and earned a regional Gold Glove award after fielding .988. He threw out 12 of 27 (44%) of attempted base stealers.

He thinks Rowland is capable of hitting from both sides in the SEC.

“He’s a switch-hitting catcher that can continue to switch hit,” Parker said.

“It’s a top-line pitching staff that he had a chance to handle every day,” Parker said. “I think he’s proven he can do it behind the dish, and obviously with the offensive year he had, say, ‘I can do it the plate as well.'"

Rowland is the only catcher who has publicly committed to play for the Razorbacks next season. Arkansas must replace starting catcher Michael Turner, who ran out of eligibility, and reserve catcher Dylan Leach, who transferred to Missouri.

Rowland is the second EOSC player to commit to the Razorbacks this year. Infielder Isaac Webb committed in March.

Nine junior college players have committed to play at Arkansas next season.