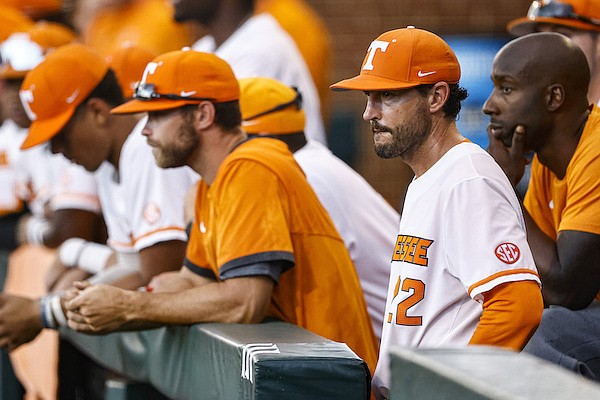 Tennessee has been so dominant through the first six weeks of the season that coach Tony Vitello said it probably was good the Volunteers had a one-run game in the finale of their road sweep of previously No. 2 Ole Miss.

“No team in the country has any interest in peaking early in the season,” Vitello said, “and the way that happens is you go through some adversity.”

Redmond Walsh struck out the side with the tying and winning runs on base in the ninth inning Sunday to secure the Vols' 4-3 win.

Otherwise, Tennessee has mostly gone unchallenged while winning 24 of its first 25 and starting 6-0 in Southeastern Conference play. The Vols have won 16 straight since a 7-2 loss to then-No. 1 Texas.

Of their 24 wins, 16 have been decided by seven or more runs.

Troy Lipscomb leads the SEC with 10 homers and 44 RBI, Chase Burns leads the conference with an 0.80 ERA and Drew Beam is third at 1.12, and Chase Dollander has struck out a league-high 54.

Tennessee has won seven straight SEC road series since 2019. The Vols have five sweeps this season, tying their 2021 total.

The Vols take center stage this week when they travel to Nashville for a three-game series against No. 5 Vanderbilt (20-4, 4-2).