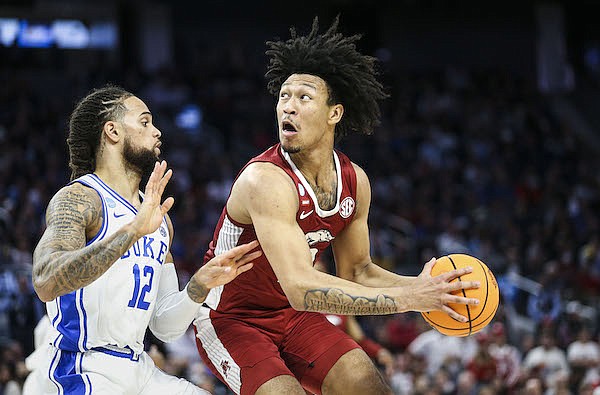 College basketball insider Adam Zagoria first reported the news. The event is scheduled for May 16-22 in Chicago.

Williams, who on April 4 declared for the upcoming draft without hiring an agent to maintain his college eligibility, is the sixth Razorbacks player to be invited to the combine since 2015.

A first-team All-SEC and defensive team selection by the league’s coaches in 2022, Williams was not on draft radars prior to last season. He is listed as the 42nd-best player in The Athletic’s Sam Vecenie’s top 100 big board that was updated May 2.

ESPN draft analysts Jonathan Givony and Mike Schmitz regard the forward as the No. 45 prospect and No. 6 center currently in the draft.

This year’s draft is scheduled for June 23 at Barclays Center in Brooklyn, N.Y.