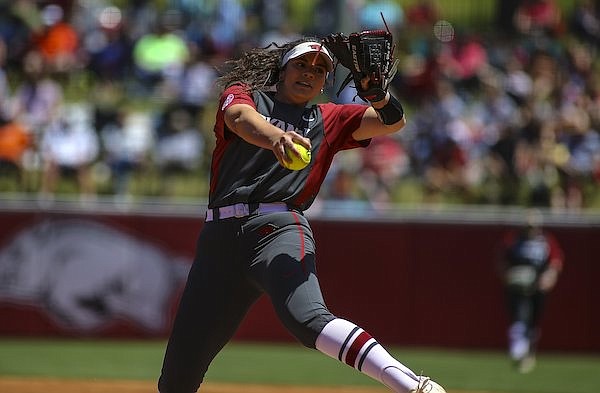 Arkansas pitcher Mary Haff winds up during a game against South Carolina on Saturday, April 30, 2022, in Fayetteville.

University of Arkansas seniors Mary Haff and Hannah McEwen were honored by the SEC on Tuesday following the Razorbacks’ weekend series sweep against South Carolina.

Haff was named SEC Pitcher of the Week for the fifth time in her career. She was 3-0 and allowed 2 earned runs in 13 innings last week. Haff struck out 17 batters in the series sweep.

McEwen was named the Player of the Week after she recorded 9 hits, 5 RBI, 3 runs, 2 triples and a walk in 4 games.