Proposal would allow refs to call tech for flopping 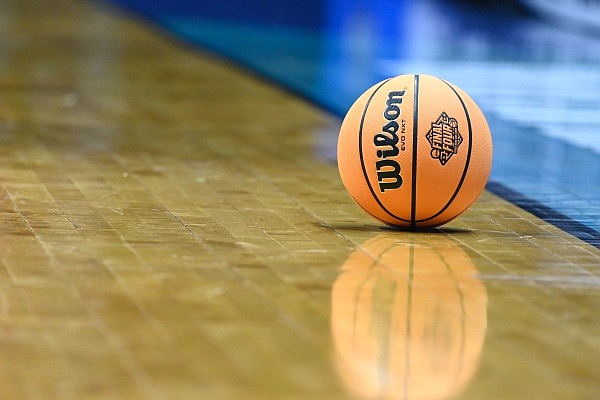 An NCAA basketball with the Final Four logo on it rests on the court during a first-round NCAA college basketball tournament game between Seton Hall and TCU, Friday, March 18, 2022, in San Diego. (AP Photo/Denis Poroy)

The NCAA Men’s Basketball Rules Committee intends to recommend a technical foul be issued, without a warning, to players for flopping beginning in the 2022-23 season.

Rule proposals must be approved by the NCAA Playing Rules Oversight Panel, which will discuss men’s basketball rules changes on June 9.

"We didn't feel like we were getting the results that we wanted with the warnings," said Bob Huggins, committee chair and West Virginia head coach. "Our goal is to continue to try to get flopping out of the game.

“The committee believes giving the officials the ability to call a Class B technical foul the first time they see a player faking being fouled, it will be more of a deterrent."

Additionally, leagues, as well as the National Invitation Tournament, can experiment with five media timeouts per half. The breaks would come at the first dead ball under 17, 14, 11, 8 and 4 minutes.

As of now, media timeouts occur at the first stoppage under 16, 12, 8 and 4 minutes in each half.

The rationale is to “help the flow of the game so commercial breaks will not be taken when teams use their allotted timeouts.”