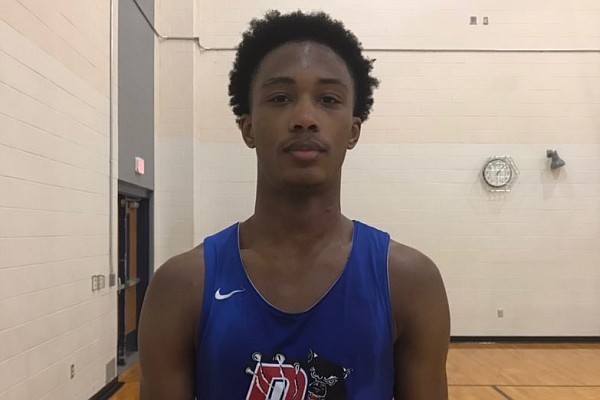 ESPN 5-star prospect Ron Holland has included Arkansas in his top seven schools while also considering the NBA G League as an option.

A teammate of Arkansas signee Anthony Black, Holland is rated the No. 2 power forward, No. 4 overall recruit in the nation for the 2023 class and No. 1 prospect in Texas.

“They’re recruiting me real well,” Holland said of Arkansas in an earlier interview. “I had a Zoom call with them. They see a lot of potential in me. They check in on me every day after my practice, after school. On the Zoom call they showed me how my game fits with their's.”

He averaged 13.8 points and a team-high 10.1 rebounds as a sophomore, helping the Panthers to a 29-1 record and second consecutive Texas Class 6A state championship. He recorded 16 double-doubles on the season.

Razorbacks Coach Eric Musselman and his staff haven’t been shy in contacting him.

“I don’t know how they talk to other guys, but they send every coach after me, so they make sure they’re doing their best job trying to recruit me and trying to get me over there,” Holland said.

Holland won a gold medal while helping lead the USA Basketball National Team to the 2021 FIBA Americas U16 Championship in Mexico. He averaged a team-high 19 points and 10.2 rebounds as the team finished with a 6-0 record.