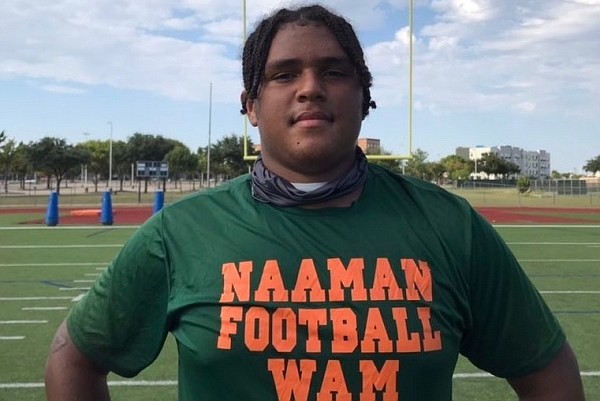 He has more than 30 scholarship offers from programs such as Arkansas, Texas, Texas A&M, Oklahoma, Notre Dame, Michigan, Colorado and Michigan State.

ESPN rates him a 4-star recruit, the No. 21 offensive tackle and No. 216 overall prospect in the nation in the 2023 class. Deal wants to play on the defensive line in college.

Deal visited for Arkansas’ first spring practice on March 13 and returned two days later for a roughly six-hour visit. He was in Northwest Arkansas visiting his mother’s side of the family.

“They just want me at the school is what they said,” Deal said in March of playing either side of the ball.

He visited Fayetteville for the Razorbacks’ 34-17 victory over Missouri on Nov. 26 while visiting family for Thanksgiving. His aunt, Samantha Mosher, lives in Bentonville, and his grandmother, Joan Casazza, lives in Bella Vista.