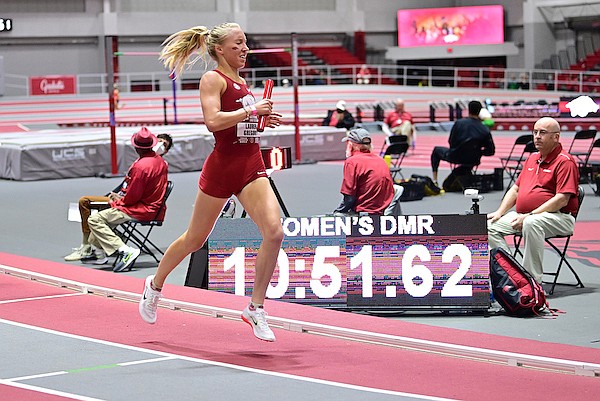 The Gators won the SEC indoor track and field title in 2014 and the outdoor title in 2018.

Otherwise it’s been all Arkansas since the 2013-14 school year.

The Razorbacks have won 23 of the last 25 SEC meets that have been held, starting with cross country in the fall of 2013.

Arkansas will look to continue its domination of the nation’s best conference — eight SEC teams are ranked in the top 22 of the coaches’ national poll — when the SEC Outdoor Championships are held today through Saturday in Oxford, Miss.

“We’ve kind of worn out our pleasantness I guess,” Razorbacks Coach Lance Harter said. “SEC teams are real tired of Arkansas being at the top and grabbing trophies.

“So there are 13 other schools that would love to see Arkansas get knocked off.”

“Florida, A&M and LSU have exceptional teams nationally, but this year they also have great conference teams as well,” Harter said. “So we’re going to have to battle to try to neutralize those three.

“Florida is the defending national indoor champion. They’ve got a lot of pride and they’re running really, really well. LSU almost got us indoors this year as well as outdoors last year. Their team is even better this year than it was last year.

“And then A&M has really gotten a lot of momentum since indoors to have an exceptional team.”

“We’re loading the distances up in order to stay competitive in this meet,” Harter said. “We have to fire on all cylinders.”

Britton Wilson, a second-year freshman who transferred to Arkansas from Tennessee, has the SEC’s top time in the 400-meter hurdles, a school-record 54.37 she ran at the Texas Relays. She also ranks No. 3 in the SEC in the 400 at 54.37 that she ran last week in Fayetteville.

Chris Johnson, who coaches Arkansas’ sprinters, has had Wilson double in the 400 and 400 hurdles the previous two weeks to prepare her to do it at the SEC Championships. Last week she ran 55.41 in the hurdles an hour after winning the 400.

“Chris Johnson has been experimenting with her to see how well she handles [doubling], and if last weekend was any reflection of her ability, she’ll do a fantastic job,” Harter said. “She’s an exceptional talent to say the least.”

“It very well could come down to the relay,” Harter said.

Harter said it will take scoring more than 100 points to win the meet.

“Every one of those points will be a battle,” he said. “There’s no forgiveness whatsoever. No points will come easy.”