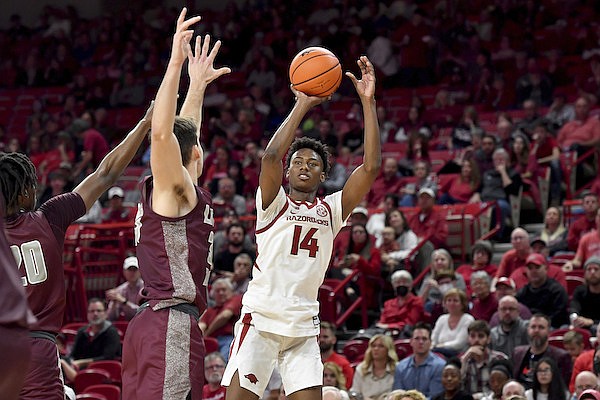 Robinson, a sophomore who transferred to the Razorbacks from Texas A&M prior to the 2021-22 season, will have at least two seasons of eligibility remaining.

"To the University of Arkansas, I want to say thank you," Robinson wrote on Twitter. "Thank you for embracing me and making me feel like one of your own. My experience here is something I will cherish forever.

“After taking some time to speak with my family and consider what is best for my future, I have decided to enter into the transfer portal.”

He is the fourth player who has announced his intentions to transfer from Arkansas since the Razorbacks were eliminated from the NCAA Tournament in March. Connor Vanover (Oral Roberts), Chance Moore (Missouri State) and Khalen Robinson (Texas A&M) have also transferred.