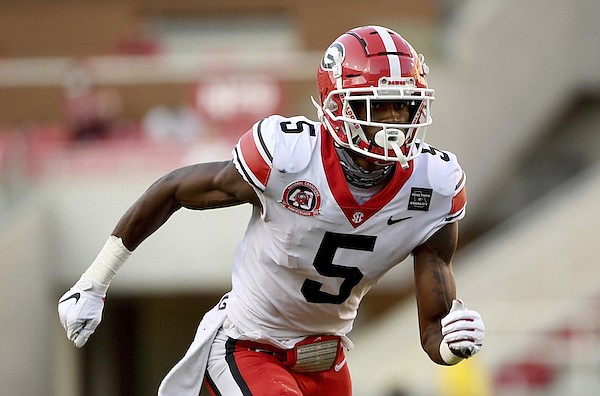 Former Toledo receiver Matt Landers has committed to Arkansas after wrapping up an official visit to Fayetteville on Thursday.

Landers, 6-5, 201 pounds, chose the Razorbacks over Auburn, Miami and several other programs.

Knowing Pittman, Fountain and others on staff made him feel comfortable. He also likes offensive coordinator Kendal Briles’ scheme.

"Really just a great fit,” said Landers, who plans to report to Fayetteville on May 30. “Great organization. Great offensive coordinator, great receivers coach and great staff. Like I said, just familiar faces. Really just the relationships, the energy, the culture coach Pitt is forming at Arkansas."

Other familiar faces include director of player development Fernando Velasco, who was in Athens, Ga., from 2017-19, and director of strength and conditioning Jamil Walker, who was also at Georgia for three years prior to coming to Fayetteville. Razorbacks defensive back Latavious Brini transferred to Arkansas from Georgia in January.

He redshirted at Georgia in 2017 and played from 2018-20 and had 12 catches for 132 yards and 1 touchdown before transferring to Toledo last year.

He had 20 receptions for 514 yards (25.7 yards per catch) and 5 touchdowns at Toledo last season. His receiving yardage was third best on the team despite having 18 and 21 less catches.

Landers' best games were against Eastern Michigan when he had 5 catches for 150 yards and 2 touchdowns, and Middle Tennessee with 4 receptions for 137 yards and 1 touchdown. Landers entered the NCAA transfer portal May 3, which is two days past the May 1 deadline.

Because he is a graduate transfer, the deadline does not impact his ability to play next season.