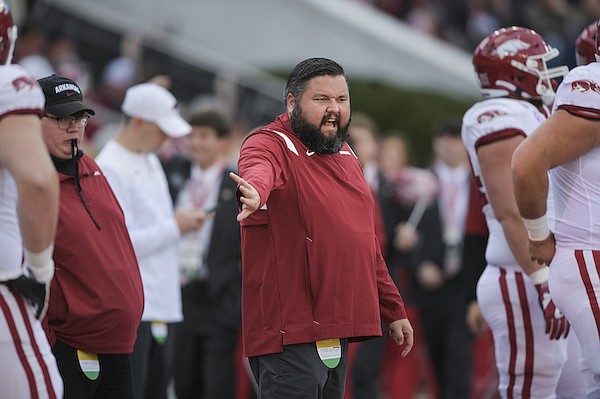 Arkansas offensive line coach Cody Kennedy is shown prior to a game against Alabama on Saturday, Nov. 20, 2021, in Tuscaloosa, Ala.

A top 10 prospect and 5-star offensive line target has set a date for an official visit to Arkansas.

He visited Fayetteville for Arkansas’ 34-17 victory over Missouri last November. On3.com also rates him the No. 1 offensive tackle and No. 7 overall prospect in the nation in the 2023 class.

Jagusah won the Illinois Class 1A wrestling title for the 285-pound class and went 41-0 on the season.