Illinois lineman is all business 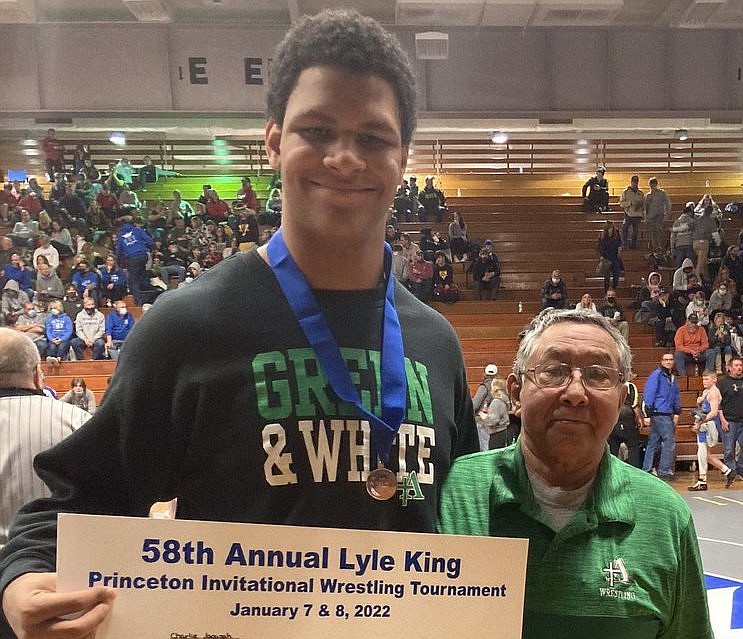 He plans to visit the Hogs on June 13-15 because of Arkansas’ offensive philosophy and Coach Sam Pittman’s reputation.

“I really think the identity the team has with the way they kind of want to pound the ball,” Jagusah said. “That’s a style I’m a little bit use to so that’s something that’s nice. Coach Pittman being a really good offensive line coach and working with the O-line a lot is awesome. Something that’s pretty important to me.”

The Sam M. Walton College of Business is also playing a factor in Jagusah wanting to visit.

“I’m starting to look bit towards like business and they have a pretty good business program,”Jagusah said.

On3.com also rates him the No. 1 offensive tackle and No. 7 overall prospect in the nation in the 2023 class. Jagusah and his mother Sheila Doak visited Arkansas for the Missouri game in November.

He knows the business program could open doors for him after football.

“You hear it all round just being there and walking in and seeing all the Walmart stuff but they have a lot of ties to a lot of big companies and a lot of job opportunities after college,” said Jagusah, who has a 4.06 grade point average. “It’s something definitely that interest me.”

His first visit to Fayetteville help plant the seed for his upcoming official visit.

“Just kind of getting around the coaches, getting to talk to them,” Jagusah said. “It helps a lot to kind of get a first impression of how the players are and if guys are enjoying themselves. If guys are stressed, if guys are whatever they might be. It kind of gives you an idea of the environment.”

Jagusah won the Illinois Class 1A wrestling title for the 285-pound class finishing 41-0 for the season. He talks to Pittman but his main communication is with offensive line coach Kody Kennedy.

He also plans to make official visits to Missouri, Michigan and Notre Dame in June.

Jagusah communicates and sounds like a person many years older than his age.

“My parents are a big influence on me,” Jagusah said. “I’ve had a lot of good coaches that helped me figure a lot of things out. What’s important and what’s not important.”

He hopes to have his college decision done before the start of his senior season.

“I was kind of hoping to be done with recruiting by the end of the summer, but it might drag on,” Jagusah said. “I’m just trying to go on my own pace and figure things out and find out what’s best for my family.”